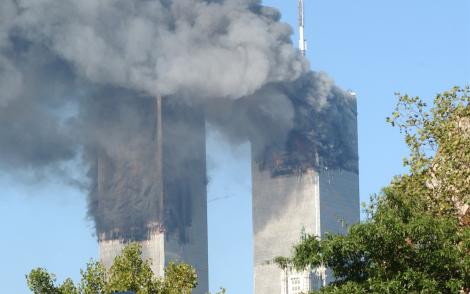 There is a long list of reasons why the 9/11 event could not have happened the way the government said it did. Here a just a few:

3. Many Americans don’t even know that Building 7 collapsed 8 hours later and was not even ALLEGEDLY hit by a plane.

4. A Boeing 757 weighs 100 tons. If a plane really hit the buildings, 100 tons of debris should have been found at the site. None was found. The flight recorders were never found from all 4 airplanes that were ALLEGEDLY involved in 9/11.

5. Professional demolition experts say it was obviously a controlled demolition since the buildings fell in their own footprints.

7. Professional engineers and architects say that the buildings could not have been knocked down by an airplane hit since the buildings were designed to withstand such an impact.

8. A Boeing 757 cannot fly through a steel and concrete building and come out the other side with its nose cone intact. See the picture. That was hailstones that damaged the nose of a 757. A hit by a large bird like a goose would completely dent in the nose cone.

These are some of the main reasons that the government’s story about 9/11is baloney.

Very energetic blog, I enjoyed that a lot. Perhaps there is a part 2? bedffbckkkdecbae

Yes, even in Europe we are aware of this 'hoax'.