Which Method of Education is Best For My Child? 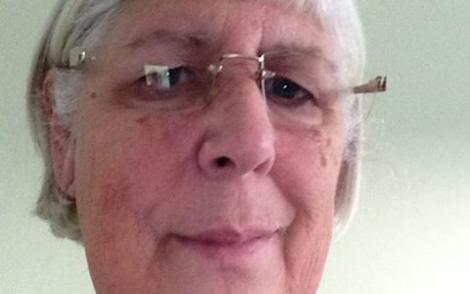 From the beginning of the European settlement of North America there has been the choice on how a child is to be educated.  Today we may think that the early settlers had limited education.  But many of them read The Bible and passed that understanding down to their children.  There was constant arithmetic questions for the children as well.  As time progressed, homeschooling was delegated to the local church or community.  Private and public schools were started while some parents engaged tutors for their offspring.  The main question is:  Which method of education is the best for my child and who will pay for it?

Homeschooling (tutoring) usually entails much parental input and oversight.  The parent is responsible for the educational and financial expense of the child's education, not the public .   The parent chooses the curriculum for his child. The child is answerable to his parents.

Charter schools (a form of private schooling) have many variations of private and public funding to help them with their financial endeavors.  The education is overseen by a CEO who may not have an educational background.  They are answerable to the company that charters them and therefore would be profit oriented.   It is the parent's responsibility to research each school to see if it meets the needs of the child and what is the parent's obligation in funding the schooling.

Public schooling:  The parent resides within a specific school district, with boundary lines within the county of origin.  The state determined the original boundaries when they entered in the contract with the federal government by joining the Union.  A certain portion of the land was to be set aside for education and educational income.  Over the years deals have been brokered to set up different school districts within a county and distributing the cost of education.  However the control of education was to be in the hands of the people residing in the designated school area.  School boards were established to oversee the education of the local school.  Superintendents were hired to carry out the directions of the school board:  school curriculum, building structure, teacher's salaries, and teacher qualifications.   Public schools are funded directly by the taxpaying public, controlled by a local school board and  answerable to the public.

Over the years, politics has crept into the educational process.   It appears more prominent in the public schools.  Public education embraces all children. It accepts all children with any need.  It cannot say no to a child attempting to enroll in the school that is within their district.  And now students must take an end of the year test dictated by the state.  The other school choices may be exempt from such tests.

With diversity in the classroom, children are exposed to many different ideas which the other educational choices may avoid.  Unlike public education the  other systems can control their enrollment.  Public education cannot.  A burden is put on public education in the United States that all children must be taught and not just choosing the ones they wish to have in their school.

Currently public education is being attacked because it is not meeting the state standards.  However it is the only system that is required to accept all students -- even the ones that are dismissed from the other school choices.  Also the other choices mentioned do not have the same legislated restrictions placed upon them.

The real questions are: "who is to pay for a child's education?," "what constitutional guarantees would be nullified?,"  "what are the school's standards?" to name a few.

Which choice will you make?

Ann Williamson
Education:  MA in guidance and counseling  1975
BS in mathematics with minor in chemistry and education.  1969
Over 50 years of experience in education:  over 30 years teaching in the high school setting  in suburban, rural, military and inner city.  Focus was high school math including:  GED, general math, consumer math, pre-algebra, algebra I and honors algebra I, geometry and honors geometry, algebra II and honors algebra II, and pre-calculus (trigonometry).
Selected to work on textbook adoptions in mathematics for the school system.  Asked by publishers  to review textbooks that they wanted to publish.   Previewed and reviewed standardized math tests for the school corporation.  Consulted on best practices for teaching math in the classroom.
Active since retiring from teaching as a substitute teacher and working in elementary schools as a volunteer.
Advocate for public education.